The Census Tract is a key geography within US Census data, and it is the one that my commute map was based on. I wanted to figure out how to map at this level as I played with the census data so I could drill down below the county level using the built-in Tableau maps.

The elusive census tract “shapefiles” seemed mysterious, but it also seemed like there could only be one real logical way to store and communicate this info: with a series of coordinates (latitude and longitude in this case) that define a shape. After finding a website dedicated to this topic, I downloaded its very helpful Tableau workbook that had shapefiles for all census tracts in the US. This can be used to get the info you need, and it is what I imported into my SQL server and used to feed my web data connector.

However, I thought this web data connector might be slightly more elegant and easy to use than pulling the info from this master file. In the example below, I’m adding census tract mapping data and building a heat map for a Tableau worksheet that I used to import census data at the census tract level for the state of Michigan. I imported the percentage of homes built before 1939. See my previous post on how to do this. 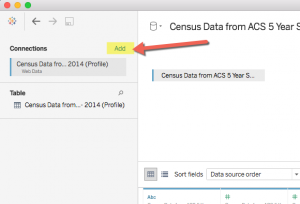 To use the census tract shapefile web data connector, “add a connection” to your workbook. For the URL, enter:

After a few seconds, an interface will pop up and allow you to choose the state, county, or individual census tract you’d like to download shapefiles for. 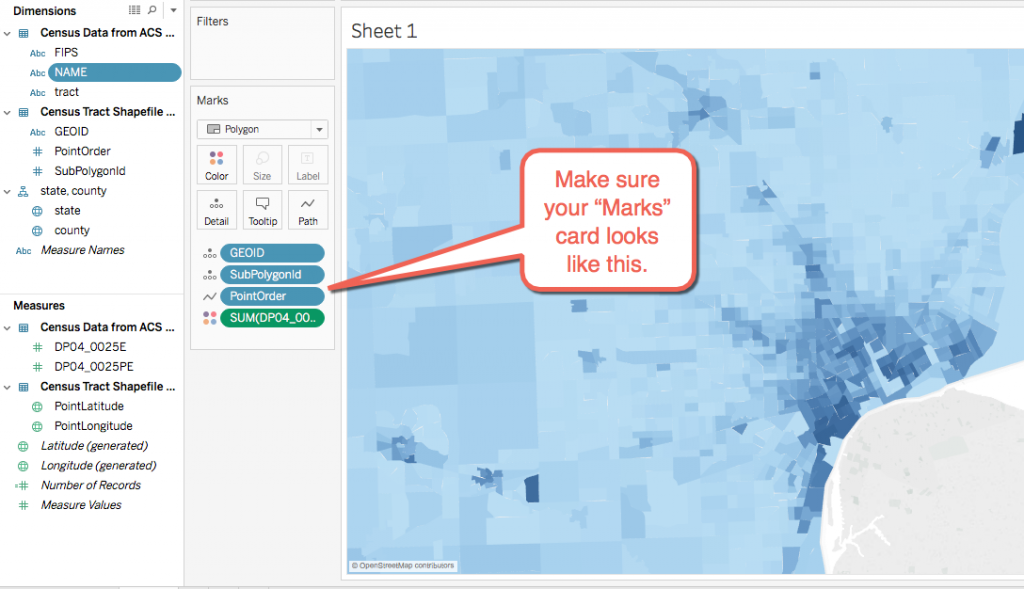 If everything went according to plan, you should have a heat map displayed like the one shown above. In the example above, the dark blue regions have higher percentages of home built before 1939 and the lighter regions have lower percentages. If you don’t have this… well, leave a comment or email me and I’ll see if we can figure it out.

Hope this new shapefile source adds a tiny bit of extra functionality to Tableau for those of you who work with data by census tract. Please feel free to comment or email me if you have questions or suggestions.  Thanks.